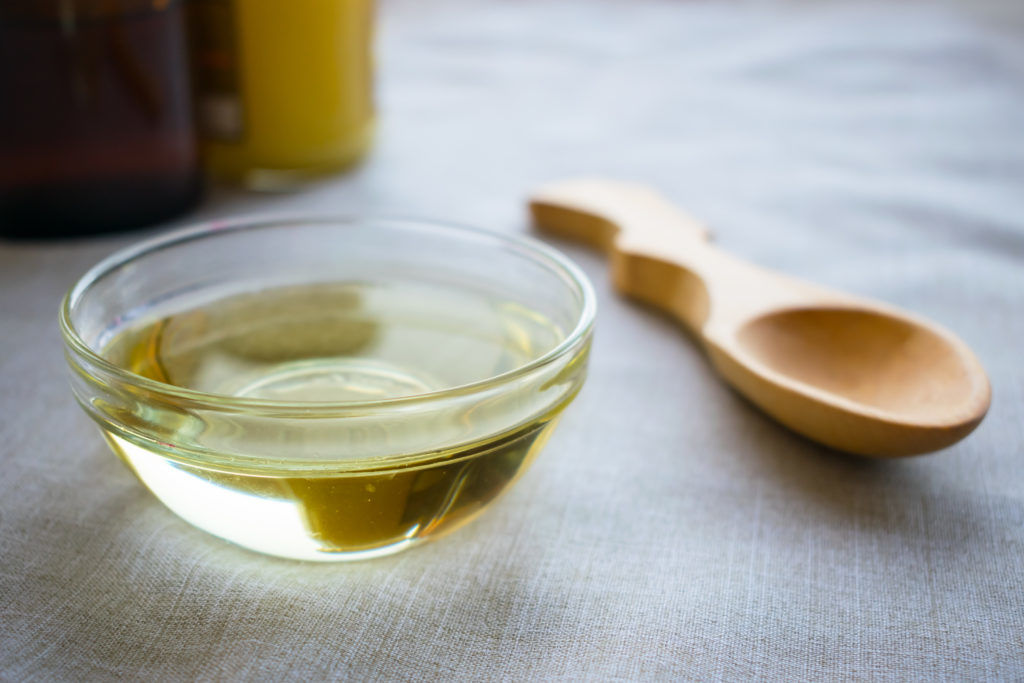 MCT oil is a supplement mainly produced from coconut oil. It can be added to smoothies, dressings, and coffee.

Scientific research attributes various health benefits to MCT oil and the way in which these fatty acid chains are processed by the body.

MCT oil is mainly extracted from coconut oil since more than 50% of the fat from coconut oil consists of MCTs. But these fatty acid chains are also found in palm oil and some dairy products (3).

We will now list 7 proven health benefits of MCT oil when you add this product to your diet.

There are several reasons why the use of MCT oil can be useful when you are trying to lose weight.

Research has shown that MCT oil stimulates the production of two hormones that give the body a saturated feeling: peptide YY and leptin  (4) .

An experiment showed that subjects who took two tablespoons of MCT oil at breakfast ate less at lunch compared to people who took coconut oil at breakfast (5). In the same study, a lower increase in triglycerides and blood glucose was also observed in people taking MCT oil.

Because MCTs are processed more easily by your body, they can also be converted to ketones faster. During a ketogenic diet, MCT oil is, therefore, an excellent product to remain in a ketogenic state.

A final benefit with regard to weight loss is the positive effect that MCT oil can have on your intestinal flora. MCT oil can be used to optimize the production of good bacteria in the intestines. This is conducive to good digestion and it can therefore also contribute to weight loss.

MCT oil is seen as a super fuel because it is better absorbed by the body than long fatty acid chains (9).

Due to the easy digestibility of MCTs, the body does not need any bile to break down the fatty acids, and it is immediately transported to the liver. In the liver, these fatty acids can then be converted into ketones.

Ketones can cross the blood-brain barrier, making them a suitable energy source for the brain.

During sporting and intensive physical exertion, lactate (residual product of lactic acid) can form in the muscles. This can then have a negative effect on performance.

Research has shown that athletes who took 6 grams of MCT oil before cycling, had less lactate formation and found it easier to sustain their efforts compared to people who had taken long fatty acid chains (10).

Can help to regulate symptoms of epilepsy, Alzheimer’s and autism

Several studies have shown that a ketogenic diet in combination with MCT oil can help to treat conditions such as epilepsy, Alzheimer and autism (11).

The ketogenic diet was introduced in the 1920s as a way to treat the symptoms of epilepsy.

Since MCTs can easily be converted to ketones, they can also be useful in treating epilepsy.

However, the type of MCT oil used may also be important in epilepsy treatment. One study showed that caprylic acid from MCTs controlled epilepsy attacks better than a commonly used epilepsy drug (12).

In Alzheimer’s disease, the ability of the brain to absorb glucose as a fuel is impaired, which reduces brain functionality (14).

With a ketogenic diet with MCT oil, the body is supplied with an alternative fuel: ketones. These are made by the liver from the fatty acid chains of MCT oil.

In 20 subjects with a specific type of Alzheimer’s, improved short-term memory was already observed after the administration of a single dose of MCT oil (15).

Although genetic factors play a role, there is scientific evidence that 20 to 70 grams of supplemental MCTs with caprylic acid and capric acid can cause a reasonable improvement from mild to moderate Alzheimer’s (16).

In general, the results of MCT oil with regard to the treatment of Alzheimer’s are promising, but more extensive and larger studies are needed to make definitive statements about this (17).

MCT oil has been proven in research as an effective means of counteracting symptoms of autism (18).

In another study, MCTs were added to a ketogenic and gluten-free diet for children, with autistic behaviors substantially improved in 6 of the 15 children involved in the study (19).

Adding MCT oil to a diet can have varying degrees of effect in children. For example, it may be that there is no noticeable effect on one child, but it is in another. Therefore, more research is needed to explain this (20).

Coconut oil, which largely consists of MCTs, has a proven reducing effect on the candida fungal infection. This is a fungus that causes different types of skin infections (24).

This antibacterial effect of coconut oil is probably due to the presence of caprylic acid, capric acid and lauric acid in MCTs (26).

Can reduce the risk of cardiovascular disease

A study of 24 overweight men found that taking MCT oil in combination with phytosterols and flaxseed oil for a period of 29 days established a 12.5% ​​lower total cholesterol.

In addition, the use of MCT oil can also cause an increase in ‘good’ HDL cholesterol (28). A higher HDL score is related to good heart and blood vessel health.

The consumption of MCT oil is also related to a significant reduction in a certain protein molecule called C-reactive protein (CRP). This is an important inflammatory indicator that indicates the risk of heart disease (29).

MCT oil can offer benefits to people with diabetes (30).

For example, studies have shown that diabetics who used MCTs needed less sugar to bring their blood sugar levels to a normal level than people who did not consume MCTs (31).

In addition, MCTs can contribute to improved insulin sensitivity, weight loss and waist circumference in diabetics (32).

The striking thing about MCT oil is that the aforementioned advantage that in addition to the hunger-inhibiting hormones peptide YY and leptin, it can also stimulate the production of hunger-inducing hormones such as ghrelin and neuropeptide Y in some people  (33) (34) (35) ).

High doses of MCT oil can lead to fatty acid in the long term. However, this is based on research in mice, which is not conclusive evidence that this is also the case in humans (36).

The use of MCT oil can be a valuable addition to a ketogenic diet.

It contains easily digestible fatty acids that can be quickly transported to the liver and then converted to ketones. This can help to regulate blood sugar levels and thereby also lose weight.

This can then have positive effects on the symptoms of various conditions such as diabetes, Alzheimer, epilepsy, and autism.

As long as you do not take excessive doses of MCT oil you can experience the health benefits without negative side effects.

In addition to MCT oil as a supplement during the ketogenic diet, there are also other supplements that you can use to optimize your ketogenic diet. Read more about this in the article Ketogenic Diet and Supplements.