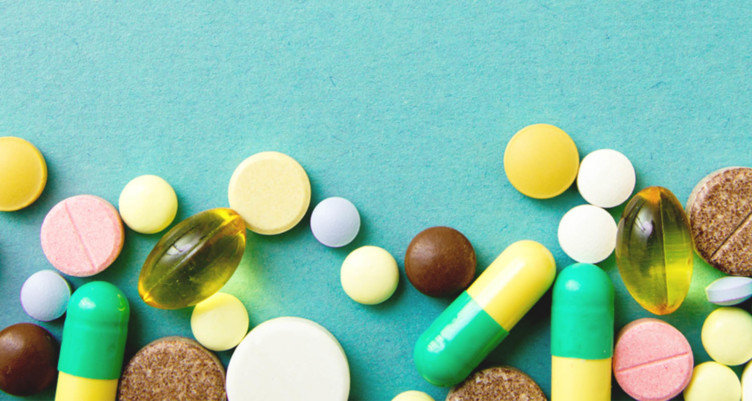 Carnitine is a nutrient that occurs naturally in the body and in foods such as meat, fish, dairy products and avocados. It plays an important role in energy production by releasing fatty acids that are processed in the cells to be used as fuel.

It also helps to prevent harmful effects that can occur when fatty acids accumulate outside the cells. Other benefits of l-carnitine include weight loss and memory improvement.

Do you want to know if carnitine is good for the line? Then read this article so you can decide for yourself if you want to take carnitine.

L-carnitine is the active form that plays a role in metabolism and energy production. It is produced in the body, but is also found in many different protein-rich foods. Carnitine can also be taken as a supplement. In supplement form it is available as a capsule, liquid or even injectable.

L-carnitine is often described as an amino acid (a building block of proteins), but the chemical structure of l-carnitine differs slightly from that of a real amino acid.

Carnitine deficiency is not uncommon and can be caused by the use of certain medications, liver diseases and some rare hereditary conditions. Because l-carnitine mainly occurs in animal products, vegans and vegetarians run a higher risk of deficiency. More about that later in this article.

The Effects of L-Carnitine

Carnitine is a substance that improves the energy content by transporting fatty acids to the mitochondria, where they can be burned and used as fuel. For this reason, many people take l-carnitine as a weight loss supplement to stimulate fat burning.

L-carnitine has essential functions in the human body and is involved in fat burning and glucose metabolism (source, source).

It transports long-chain fatty acids to the mitochondria so that they can be oxidized (burned) to produce energy. It also transports the toxic compounds generated from this cellular organelle to prevent the accumulation of harmful substances in our body.

Given the key function of carnitine, you will understand that carnitine is concentrated in tissues (such as the skeletal and heart muscle that can use fatty acids as fuel).

However, it is not essential for your diet because your liver and kidneys should be able to produce l-carnitine from the amino acids lysine and methionine.

Primary carnitine deficiency is a genetic disorder of the cellular carnitine transport system that manifests at an early age with symptoms of skeletal muscle weakness, hypoglycemia (too low glucose levels in the blood) and heart muscle disease.

The primary disorder leads to more dangerous symptoms than secondary disorder. Children with primary carnitine deficiency often see these symptoms in their first years of life. But in some cases the symptoms do not become visible until someone is an adult.

Symptoms may vary from person to person. Some people don’t see any symptoms or experience mild symptoms, while others experience severe symptoms in their lives.

How is an l-carnitine deficiency diagnosed?

Various tests can also be done, including:

The most important treatment for a carnitine deficiency is the use of l-carnitine supplements. This is the usable form of carnitine. It is available in pill form. L-carnitine increases the amount of carnitine in the blood and in the cells. This can help prevent many of the symptoms of the disease.

How much l-carnitine do you need?

The human body normally produces enough carnitine to meet its needs. For genetic or medical reasons, some people (such as premature babies) cannot make enough of it.

The standard daily dose of L-carnitine is 500 – 2000 milligrams. Based on the most recent available studies, a dose of up to 2000 mg (2 grams) per day can be used safely and effectively with minimal side effects (source, source).

In addition to vegetarians and vegans, the elderly can also benefit from carnitine supplements, because research shows that the carnitine content decreases with age (source).

However, the dosage may vary depending on which form of carnitine you take. For example, Acetyl-L Carnitine can be used in doses up to 2500 milligrams per day, while the dose for L-Carnitine L Tartrate, a form commonly used to improve athletic performance, can vary up to 4000 milligrams.

L-carnitine is best taken with a meal because it is better absorbed by the body.

Keep in mind that when taking carnitine as a supplement to your daily diet, you should always start with a low dosage. This way your body can get used to it without unpleasant side effects, such as nausea or diarrhea. If you do experience serious side effects, report them to your doctor to determine if carnitine is right for you.

L-carnitine side effects and interactions

Under normal use (i.e. not exceeding the recommended dose) carnitine is safe with minimal risk of side effects. Common l-carnitine side effects are stomach pain, nausea, vomiting and diarrhea.

L-carnitine can increase the risk of seizures in people with epilepsy. If you’ve ever had an epileptic seizure, you shouldn’t take carnitine.

Carnitine can also exacerbate the symptoms of a slow-acting thyroid gland. If you have a slow thyroid, consult your doctor before taking carnitine.

Many people see l-carnitine as a way to lose excess pounds of fat and lose weight quickly. The idea behind this is that l-carnitine helps to transfer more fatty acids to your fat cells to be burned as energy.

That should at least do something for your body weight. Isn’t that right?

In combination with a healthy diet and sufficient exercise, some studies have found that l-carnitine supplementation as a supplement to your diet can help you lose weight.

A 2016 review looked at the results of nine studies and found that l-carnitine supplementation led to a significantly higher amount of weight loss and a decrease in the body mass index compared to the control groups.

Other studies have yielded mixed results. Australian researchers had 36 obese women take l-carnitine or a placebo for eight weeks. The women were put on aerobic training at this time. At the end of the study, the researchers concluded that l-carnitine had no influence on the total weight or fat percentage (source).

Although l-carnitine can work for some people, this substance should not be considered a quick fix. Combine l-carnitine with daily exercise and a healthy low carbohydrate diet to see the best results.

Are you looking for proven tips on how to lose those last few excess pounds quickly? Then read the following articles:

The Benefits of L-Carnitine

Most people use L-carnitine to stimulate weight loss and increase fat burning. However, there are many more reasons why you would want to include carnitine in your diet. Below I have listed the most important advantages of carnitine for you:

Because l-carnitine plays an important role in energy production, many (amateur) athletes use it to increase stamina and improve physical performance. Both human and animal studies have confirmed the beneficial effects of l-carnitine on endurance.

In a Turkish study, professional football players took 3-4 grams of l-carnitine before they were on the pitch. It was shown that the footballers were able to put in more effort before they became exhausted (source).

Carnitine also appears to be somewhat effective in reducing fatigue in elderly people with low muscle endurance and perhaps in people with chronic fatigue syndrome.

A rat study shows that l-carnitine improved the stamina of rats during prolonged exertion (source). For this reason, l-carnitine supplementation may be a good supplement, especially for aerobic sports activities (such as swimming, running or cycling).

L-carnitine is not only good for your body, but also good for your mind! Researchers have shown that carnitine can improve brain function and cognitive performance. ‘

An Italian study investigated the effects of daily supplementation with l-carnitine on mental and physical fatigue in elderly people over a hundred years of age. Not only did carnitine appear to reduce the amount of stored fat and support muscle building, it also helped to reduce fatigue and improve cognitive function (source).

Other studies have shown that acetyl-L-carnitine, another form of l-carnitine, could help slow cognitive decline and improve memory in patients with Alzheimer’s disease (source, source).

In addition to l-carnitine, foods such as avocados, blueberries and broccoli have been shown to contain substances that protect the brain and improve memory.

In addition to improving endurance and probably good for weight loss, l-carnitine is also a useful supplement for athletes who want to prevent muscle pain and protect their hard-earned muscle mass against muscle breakdown.

In a 2014 study, 21 male athletes had to take l-carnitine or a placebo daily for two weeks prior to a sports test. Compared to the control group, the carnitine group was found to have fewer markers indicating the degree of muscle damage (source).

Other ways to speed up muscle recovery after a heavy workout is to eat more anti-inflammatory foods (leafy vegetables, fruit, fish, etc.) and to include enough protein in your diet.

#4: Has a positive effect on blood sugar levels

Are you looking for a way to lower your blood sugar level naturally? That’s possible with carnitine! Research has shown that l-carnitine supplementation can help regulate blood sugar levels and reverse insulin resistance.

Insulin is the hormone responsible for the transport of glucose from the bloodstream to the cells. There glucose is converted into energy or stored in the form of glycogen. Too much insulin can cause insulin resistance, making you less sensitive to the insulin hormone. This results in too high a sugar level in the blood.

#5: Good for the sperm quality

Carnitine seems to increase sperm quality at 3000 milligrams per day.

A double-blind, randomised, crossover study of 100 infertile men showed that 2 grams of carnitine per day for two months increased both the concentration and motility of their sperm (source).

In another randomised controlled trial with 21 infertile men taking 3 grams of carnitine per day for 24 weeks, no significant increase in sperm count and motility was observed compared to the placebo group (source).

A double-blind, randomized, crossover study of 100 infertile men showed that 2 grams of carnitine per day for two months increased both the concentration and motility of their sperm ( source ).

In another randomized controlled trial with 21 infertile men who took 3 grams of carnitine per day for 24 weeks, no significant increase in sperm count and motility was observed compared to the placebo group ( source ).