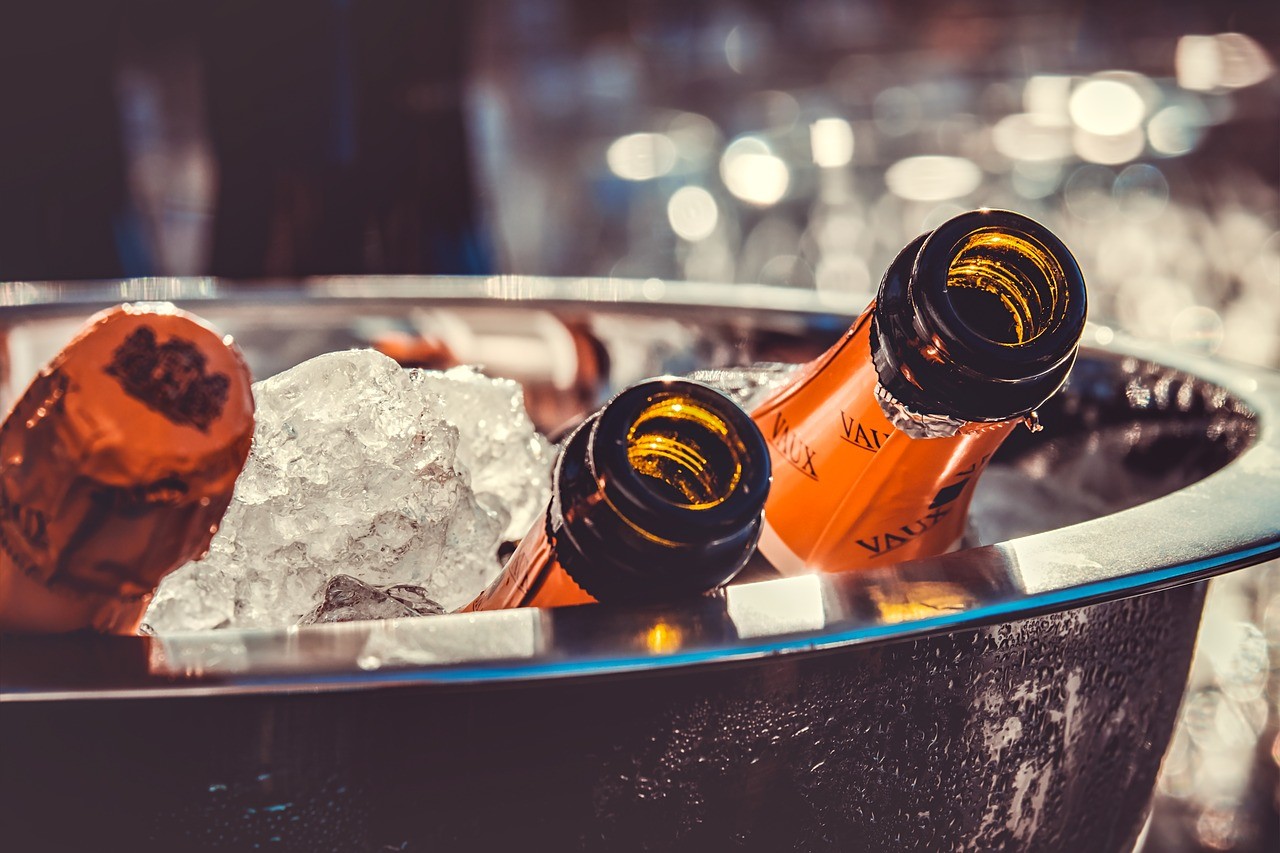 Alcohol has built a notorious reputation as the ‘fourth macronutrient’ in addition to fat, proteins and carbohydrates. Within the ketogenic diet it is possible to drink alcohol (hurray! ) But there are a number of conditions attached to this alcohol consumption.

In this article these rules regarding the consumption of alcohol in the ketogenic diet will be discussed. In this way it becomes clear to you how you do not necessarily have to change into a house sparrow that avoids social drinking places during the ketogenic diet.

The effect of alcohol in the body

When we drink alcohol, our bodies immediately start breaking it down to get energy out of it. Our body does this as quickly as possible because alcohol is toxic to our body. The tipsy feeling comes from the alcohol that our body processes.

Because alcohol molecules are soluble in fat and water, they reach almost every part of our body. Our liver and brain in particular are affected. About 97 percent of the alcohol that we drink is broken down by our liver. The rest leaves our body through our urine, through sweating and through our breath.

The fact that we speak less clearly, move less quickly and have reduced judgment when we are drunk, is because alcohol molecules slow down the signals that our brains emit.As a result, for example, we do not estimate traffic situations well and we are unable to keep walking straight. But other bodily functions are also slower. Consider, for example, fat burning.

Not all alcoholic drinks have the same effect on the body. The molecule of the active ingredient – alcohol – is the same in every drink. Alcohol is produced because yeast acts on sugar.

The type of sugar used during this fermentation process and how it is processed in a drink determines the way in which your body processes the alcohol. Beverages such as wine and beer, which arise from the fermentation of barley and grapes, contain relatively less alcohol and more carbohydrates. The composition of these drinks therefore has a different effect on your body and your ketosis than strong drinks. You can read more about this now.

The effect of alcohol during ketosis

Alcohol is a toxin. This means that your body sees it as a poison that it wants to process as quickly as possible. And the liver plays a crucial role in this.

The liver gives priority to processing and so it puts the fat-burning processes on a ‘low level’. In general, alcohol is thought to be ’empty calories’ that the body easily converts to fat.

But this is not the case. Only 3% of the alcohol you consume is converted to fat. The thickening effect of alcohol lies in the fact that it lowers fat burning.

A scientific study showed that consuming two glasses of vodka with sugar-free lemonade, about 90 calories per glass, reduced lipid oxidation by more than 70% (1) .Determining lipid oxidation is a way of measuring the fat burning level.

Instead of storing alcohol as fat, it is converted into a substance called acetate . After drinking the vodka drinks in the aforementioned study, the subjects found 2.5 times more acetate in the blood than normal.

It is the considerable increase in acetate in the blood that causes fat burning to be at a low level.

To review the effect of alcohol on fat burning:

So it is clear that the liver is put to work when alcohol is consumed. Because the liver is busy converting alcohol into acetate, with acetate subsequently being used as the primary energy source, the burning of fat is greatly delayed.

For people who are in ketosis and drink alcohol, the alcohol will also have a faster effect.You can now read how this can be done.

You get shot faster from alcohol during ketosis

The liver of someone who follows a carbohydrate-rich diet has a richly filled supply with glycogen . Glycogen is a form of stored glucose in the body, where it forms a fuel reservoir in the muscles and liver.

For someone who consumes a lot of carbohydrates, the liver is busy breaking down these sugars to convert them into glucose.

However, someone who is in ketose no longer has glycogen stores and is therefore in a ‘fat burning mode’ (2) .

Because the liver is not busy processing sugars during ketosis, it has all the capacity available to directly process the alcohol that enters the body.

This direct metabolism of alcohol ensures that you will notice the effective and narcotic effect of alcohol more quickly if you are in ketosis. If you are normally a ‘good drinker’ who stands his ground during birthdays, then it may just be the case that you will be confronted with a surprise when you drink during a ketogenic state!

To prevent you from feeling embarrassed when you drink alcohol during your ketogenic diet, you can very well dilute spirits with low-carbohydrate drinks such as:

For example, make a low- carb mix drink from maple water and vodka.

For this you need 1 liter of maple water, 250 ml of vodka, 1 orange, ice cubes and cranberries. First let the maple water boil for 30 minutes on the fire. After this has cooled, add the vodka and slices of orange. Then let it cool in the fridge for 6 hours, after which you pour the drink into glasses. Finally add ice cubes and cranberries. Enjoy it!

Alcohol or not during the ketogenic diet

If you follow a ketogenic diet to lose weight, it may be better not to drink alcohol . If you drink a glass of alcohol, you mainly get a lot of empty calories. Empty calories means that they do not contain any nutrients. Alcohol does not feed your body, but it does provide energy. As a result, you quickly get more calories than you burn. Because of this you arrive.

In addition, alcohol causes you to lose control of your food choices. As a result, you may have a tendency to eat more or to consume all kinds of carbohydrate-rich snacks, such as crisps and savory snacks.

What can you drink during a ketogenic diet?

Alcohol with an alcohol percentage of 40 percent to which no sugar has been added can easily be drunk during a ketogenic diet that is not intended for weight loss. Examples of such drinks are:

In addition to spirits, you can also drink wine and beer during a keto diet if you are not losing weight. This is because there is low-carb beer and wine, such as dry and semi-dry wine. Below are a number of suggestions.

What can you NOT drink during a ketogenic diet?

There are also a number of drinks that can not be combined with a ketogenic diet . This is because they contain too many carbohydrates that you will get almost immediately from ketose.

The following types of drinks are a ” NO GO ” in the ketogenic diet:

After all, alcohol slows fat burning.

If you still feel like a drink, however strange it may sound, you should prefer strong drinks to beers or mixed drinks.

Beer and mixed drinks contain too many carbohydrates that will disturb your ketosis .

Bear in mind at such a moment that the effect of alcohol will occur faster during ketosis.So beware that you do not go completely loose with shots of vodka and an hour later you are crazy! As always, drink in moderation!

If you have a hangover the next day, it is usually the result of dehydration. The recipe for this is as logical as it is simple: drink plenty of water. That’s best if you want to get rid of that headache and tired feeling quickly. You can prevent a hangover by drinking a glass of water between drinks.