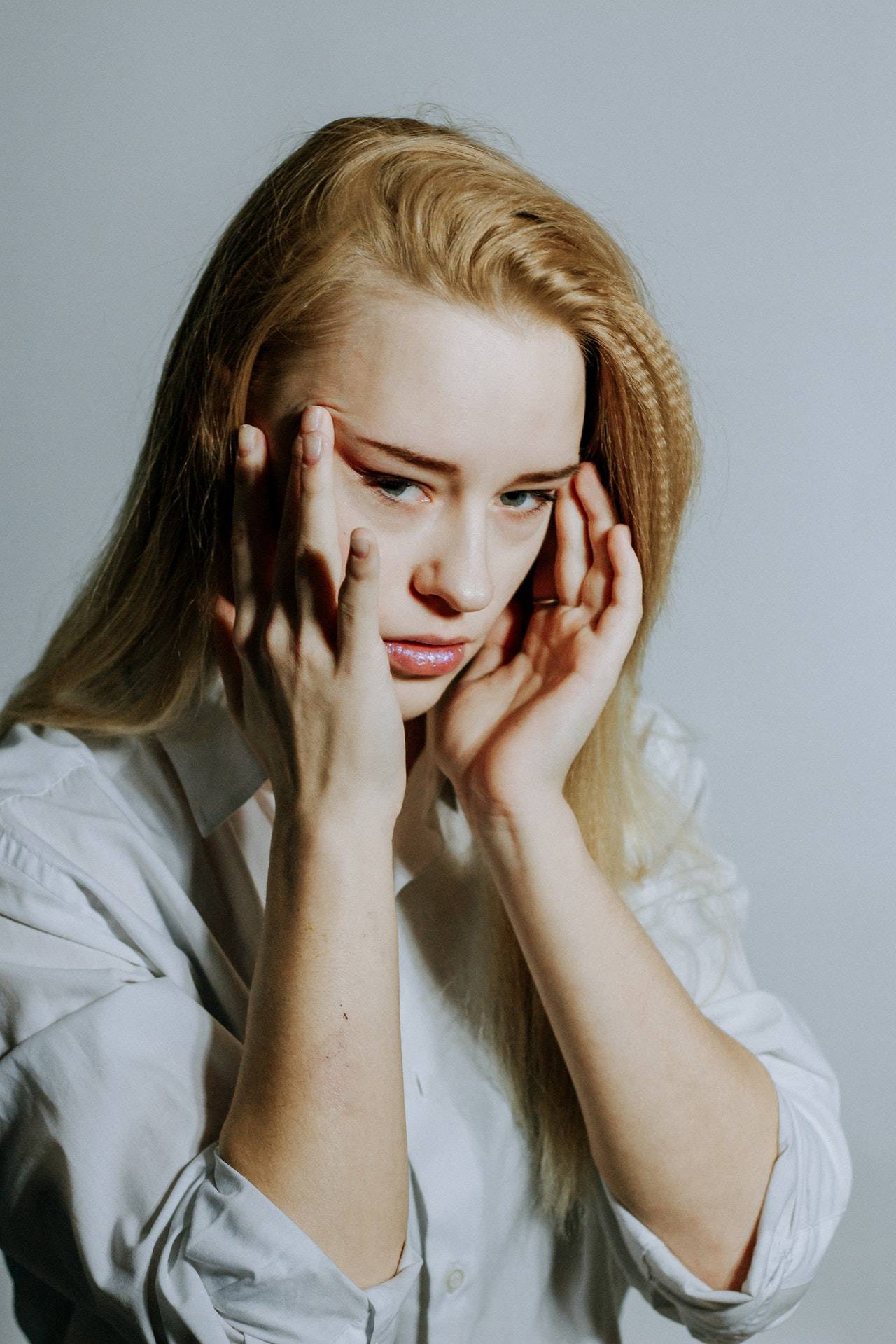 A frequently asked question is whether the keto diet can help with migraine.

Migraine is a brain disorder characterized by (severe) headache attacks in possible combination with nausea, hypersensitivity to light or sound, dizziness and deficiency symptoms.

These failures are also called the ‘aura’.

According to the Dutch brain foundation, about 33% of the women and 13% of the men in Neferland ever suffer from migraine in their lives. It affects 25% of women and 7.5% of men at least once a year.

Migraine mainly affects the working population, i.e. people between 15 and 55 years of age.

What are the symptoms of migraine?

Migraine occurs in attacks that have a characteristic course. The course of a migraine attack can be divided into four phases (2). On the website of the brain foundation, these phases are described as follows:

The alert phase means that there are certain signs that an imminent migraine attack may occur. These signs could be:

This phase is not experienced by everyone, but for people who do pass the aura phase it takes 5 to 60 minutes. Eurasian phenomena usually start slowly and disappear completely again.

The aura symptoms can be expressed in the following ways:

Are you curious about what it’s like to experience such aura phenomena? On the website of the NOS they have a realistic imitation in which you can experience what it is like to enter an aura phase.

This phase, which often follows the aura phase, is characterised by severe, usually throbbing, headaches. This headache is often so severe that patients are confined to bed.

In addition, side effects such as (severe) nausea and/or vomiting may also occur during this phase of the headache. Hypersensitivity to light/sound is also common.

Without treatment, a headache phase can last from 4 to 72 hours.

Migraine occurs in people who have an increased sensitivity to stimuli that can trigger a migraine attack. This sensitivity is partly hereditary.

This increased brain activity then completely ceases for 30 to 60 minutes. This wave motion of brain activity is also called the Cortical Spreading Depression (CSD).

This CSD leads to the deficiency symptoms that are characteristic of the aura phase.

Scientists believe that the CSD also leads to increased activity in the central headache center in the brain, the so-called trigemino-vascular system.

Through an inflammatory mechanism, various chemical messengers in the brain, also known as neuropeptides, increase the headache.

Can a keto diet prevent migraine?

Perhaps you already know that the ketogenic diet is also used as a means to combat various neurological disorders.

For example, a keto diet is used as a remedy against epilepsy in children.

The ketogenic diet has developed particularly in this medical field and his researchers have also studied the effect of ketosis on other neurological and metabolic disorders.

For example, there are promising results with the use of the keto diet as a way to inhibit the development of Alzheimer’s disease.

But how can the keto diet help with migraines?

This has everything to do with the presence of ketones once you are in ketosis. And the ketogenic diet is the best way to get into ketosis.

There are a number of similarities between epilepsy and migraine that make the keto diet interesting for migraineurs.

In some cases, for example, anti-epileptic drugs such as valproate and topiramate are prescribed to migraine patients by doctors (3).

The underlying reason is that these drugs block the neurotransmitter glutamate. Glutamate is a substance in the brain that is observed in large quantities in epilepsy and migraine patients.

Do you know the flavor enhancer monosodium glutamate (better known as MSG or E621)? Consumption of large amounts of this substance can act as a trigger for headaches. This is due to the increase in glutamate in the body (4).

It triggers a reaction in the brain that can cause headaches. This type of headache is even called Chinese Restaurant Syndrome, because MSG is widely used in Chinese (takeaway) restaurants (5).

Ketones increase the activity of the neurotransmitter GABA

GABA is a neurotransmitter. It’s a substance that transmits signals to the brain.

A consequence of the burning of ketones is that in the brain there is a shift in the balance between the two neurotransmitters GABA and glutamate (6).

GABA has a relaxing effect, while glutamate has a stimulating effect. This pungent effect causes Chinese Restaurant Syndrome.

By means of a shift, in which GABA shows more activity, ketones can prevent excessive brain activity, and thus also counteract the uncontrollable impulses associated with neurological disorders such as epilepsy, autism, and Parkinson’s disease.

Ketones have even more positive and therapeutic effects on the health and functioning of the brain. You can read more about this in the article about Ketones as Premium Fuel for the Brain.

Promising research in which the keto diet successfully fights migraine

A research team at Sapienza University in Rome, led by the Italian physician and researcher Cherubino Di Lorenzo, has done research on the effect of the keto diet on migraine complaints.

The results of the research are promising. The most significant is the image below, which is taken from the research report (7).

The positive results of the Italian study on the effect of the ketogenic diet on migraine are shown in the diagrams above.

The upper diagram (A) shows the number of migraine attacks per month.

It can be seen that the number of attacks has decreased considerably. From about 4 attacks to about 1 attack per month.

The lower diagram (B) shows the number of migraine attacks per month.

These are spectacular results!

As mentioned before, ketones are an important part of this process that combats migraine. But Dr. Di Lorenzo says the following about the precise effect of keto as an anti-migraceutical (8):

We are not sure if the reason why the ketogenic diet works so well in our patients is only due to the production of ketones.

In fact, we have found that in most cases our patients also show abnormal results in the oral glucose tolerance tests, both in the way their blood sugar and insulin levels react to sugar intake. Because carbohydrates are a form of sugar, a low-carbohydrate diet could mitigate these reactions.

Our hypothesis is that the combination of ketone bodies and altered glucose response could lead to the extraordinary therapeutic effect that we have observed in our patients.

It is not only the production of ketones that contributes to the reduction of migraine attacks, but it is also the more constant sugar level that may play a role in this.

This is because during a fat intake in a ketogenic diet you predominate, and sugar consumption is limited. This is not just about candy, bread and pasta. For example, during a keto diet, milk is not allowed, because of the lactose (milk sugar).

Are there any specific foods you should avoid to prevent migraine?

If you are looking for information about foods that you should avoid because they can trigger migraine, you will often find lists of foods that contain tyramine, caffeine, dyes, flavour enhancers (such as E621), histamine, yeast, sulphites or nitrites.

Other experts, including the Dutch neurologist and headache professor Michel Ferrari of the Leiden University Medical Center, indicate that migraine is not the result of snacking or sweets.

He says the following about this in the Volkskrant:

What we have come to understand over the past ten years is that a few hours to a few days before the migraine attack, a lot of things are already happening. The body, for example, starts to retain fluid, sometimes there is neck pain and often the mood changes: people become depressed, stressed or cheerful.

Another phenomenon: people get hungry for snacks and sweets. Once the attack is there, the patient thinks it’s because of the stress or fries or the chocolate. But it’s just the other way around.

You can easily compare that to premenstrual syndrome. Women are stimulated a few days before menstruation breaks out. They also get an appetite for sweet food. Then you’re not saying that menstruation is the result of stress or chocolate, are you?

In this article we discussed how the keto diet can possibly reduce migraine.

There may not be specific foods that trigger a migraine attack, but the research of the Italian scientists shows that a ketogenic diet can actually prevent migraine.

This happens because, by removing carbohydrates, you ensure that ketones are produced by the body. These have a therapeutic effect on the brain.

Maybe you’re wondering: How does the keto diet work?

We’ve written several useful articles about it to make sure you can get started right away. So you don’t need a specialized dietician to follow a ketogenic diet!

Do you want to know how to set up a nutritious keto/paleo diet without processed products that might trigger migraine? Then read our article about a Ketogenic Diet.

In addition, we also have a List of Keto Foods where you can find exactly which foods you can use to follow a successful keto diet. (Spoiler alert: unfortunately milk is not allowed during a keto diet!)

Are you worried that following a keto diet may frustrate fitness and sports goals? This certainly does not have to be the case. You can read more about this in our article about Misconceptions about the Ketogenic Diet and Sport. So you don’t have to worry that your mission to prevent migraine will stand in the way of your sporting goals.

Editor at diettosuccess.com: We are gathering the best content about diet programs and healthy lifestyles on this site. However, all the information on this site is for informative purposes. Please see your nutritionist for diagnosis.

This site uses Akismet to reduce spam. Learn how your comment data is processed.