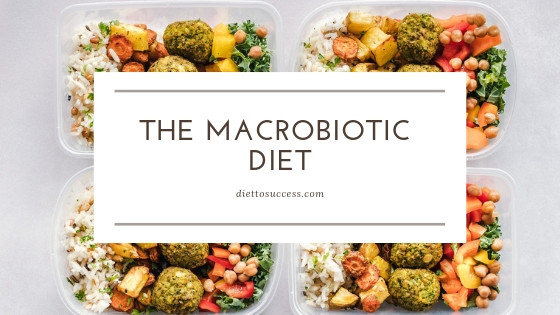 The macrobiotic diet is not only appreciated by stars such as Gwyneth Paltrow and Madonna, but is a centuries-old way of life whose aim is to live as long and healthy a life as possible.

Macrobiotics have its roots in Zen Buddhism and Taoism. The macrobiotic diet was strongly influenced by the Japanese philosopher Georges Oshawa.

After the Second World War, this type of diet became more and more popular in the western states. In macrobiotics, all areas of life are to be brought into a healthy equilibrium, which is symbolized by the two forces Yin and Yang.

What is the macrobiotic diet?

In macrobiotics, all foods are divided into different groups based on their energetic content. In yin (expanding), in yang (contracting) or as a fully balanced food. As a measure of all things, a 5:1 ratio of yin and yang is sought.

Brown rice is considered one of the most important foods in macrobiotics. Other whole grains cereal products such as rye or millet are also among the highest levels of the macrobiotic diet.

Nuts, legumes, vegetables, soy products, seeds, as well as a little fish and fruit can also be consumed without hesitation. On the other hand, you should refrain as much as possible from caffeine, alcohol, sugar, meat, dairy products, frozen products or other industrially produced foods.

The reduction or renunciation of these foods has the macrobiotic diet in common with many other forms of nutrition. More unusual is the recommendation to refrain from nightshade plants such as tomatoes and potatoes, as well as various other vegetables.

The energy balance of these foods is expected to have an adverse effect on health. Another recommendation in the context of the macrobiotic diet is to obtain its food from the region and from organic farming.

There are also certain guidelines for preparing meals. The dishes are mainly to be produced with the help of natural cooking utensils. Such natural materials are, for example, wood or glass.

Modification of the macrobiotic diet by Kushi/Acuff

The rather strict dietary rules of the macrobiotic diet according to Georges Oshawa were slightly modified by Kushi/Acuff.

The strict classification of food into stages has been abandoned and a slightly more moderate dietary recommendation has been made. Michio

It is important, as with the macrobiotic diet according to Oshawa, to produce mostly from the whole grain in terms of cereal-made meals. It is also envisaged that three meals a day will be taken. For breakfast, cereal porridge or miso soup can be eaten, for example.

How healthy is the macrobiotic diet?

Some of the macrobiotic diet is considered positive, other than negative. As positive it should be pointed out that the frequent consumption of whole grains leads to the body being supplied sufficiently with fibre and carbohydrates.

The good supply of fibre also ensures that digestion is optimised. It is also conducive to health to rely on foods that largely refrain from artificial additives. Of course, from a health point of view, it is also generally to be supported to give up alcohol or other stimulants as far as possible.

However, a strict macrobiotic diet can quickly lead to a nutrient deficiency. The rather one-sided diet can cause a protein deficiency or a deficiency of vitamins C, A, D and B12 as well as various minerals.

Also considered to be of concern is the small amount of drinking recommended in a macrobiotic diet. This can be dangerous, especially in children or sick people.

Those who integrate the principles of macrobiotics into their own meal plan and additionally pay attention to a balanced iron, protein and vitamin intake, as well as drinking enough, can do their body a good service with the macrobiotic diet. However, one should orient oneself more on the temperate form of macrobiotics, rather than on the strict form after Oshawa.