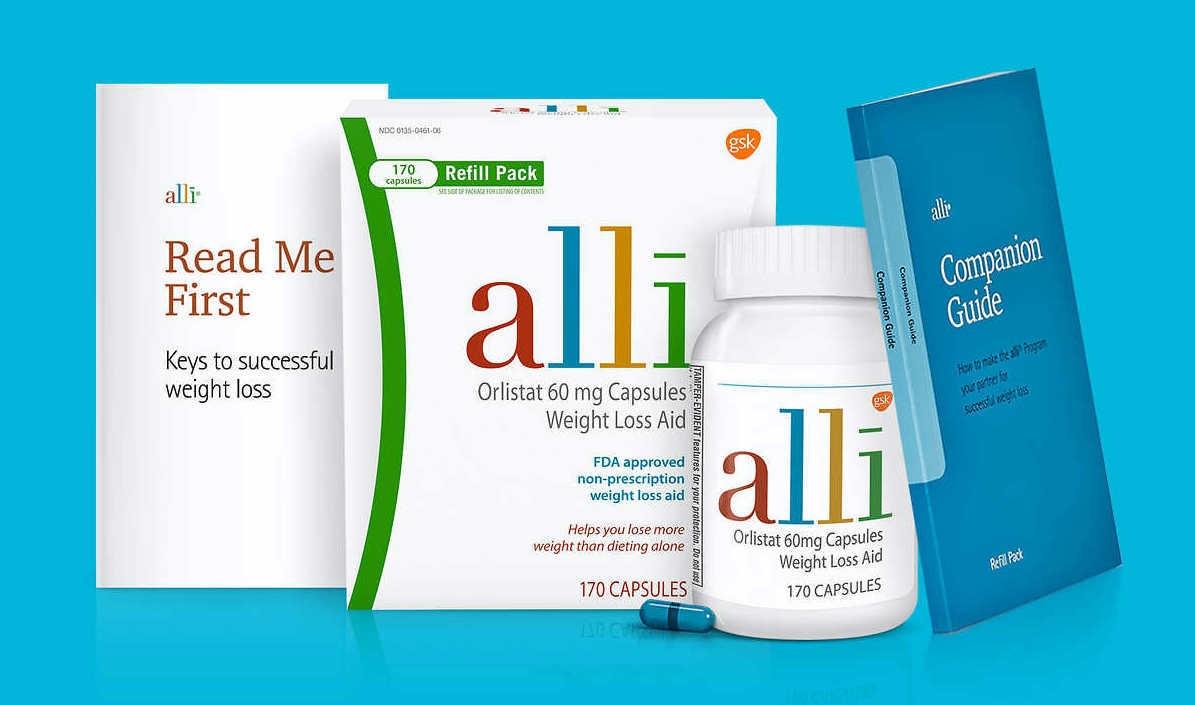 Orlistat is a medicine used for the treatment of obesity and overweight. It has mild anti-hypertensive properties, but its main effect is to reduce the amount of fat that is digested in the intestines.

Simply put, Orlistat blocks the absorption of some of the fats in your diet. These undigested fats then disappear from your body, resulting in weight loss. But does Orlistat really do what it promises and can the medicine be used as a good remedy for obesity?

This article examines the scientific research results and the experiences of Orlistat users. I also give you the most common and dangerous side effects of this medicine.

Orlistat, sold under the brand name Alli or Xenical, is a drug used to help overweight or obese people to lose weight.

It is a drug belonging to the class of lipase inhibitors. A lipase inhibitor partially blocks the absorption of fat from your diet and prevents part of the fat from leaving the body undigested. It, therefore, differs slightly from other weight loss supplements, such as CLA or glucomannan.

A stronger dose of the same active ingredient is only available on a doctor’s prescription in pharmacies and is sold under the brand name Xenical. To determine whether you are too heavy you can use the Body Mass Index (BMI) calculator to calculate your BMI.

How does Orlistat work?

Orlistat works by blocking the enzyme Lipase that breaks down fats in the food you eat. Lipase helps the body to absorb fat and is produced by the pancreas. By suppressing this enzyme, part of the fat that passes through the digestive tract will not be broken down and will instead leave the body via the stool.

Researchers suspect that you absorb about 30% less fat with Orlistat (source). This helps with weight loss by reducing the number of calories you consume. This also causes the most important side effects of Orlistat. The oily stool (due to the excretion of fats) and reduced absorption of fat-soluble vitamins. That means a lot of inconvenience on the pot.

Orlistat is available in capsule form. It is taken orally three times a day, preferably with a meal containing some fat. Never take more pills than recommended. It is important to follow a low calorie and low-fat diet while using Orlistat. If you eat a lot of fatty food, you are more likely to have side effects and digestive problems.

Orlistat’s fat-inhibiting property has the disadvantage that fat-soluble vitamins are less well absorbed. Do you take (multi)vitamins? Do not take vitamins and Orlistat at the same time of day.

What does science say about Orlistat?

Orlistat has also been proven to lower blood pressure and reduce the risk of type 2 diabetes by almost half (source, source).

Users generally respond well to Orlistat and experience weight loss when they combine its use with other lifestyle changes. Think about following a low-carb diet and practicing physical activities such as fitness, swimming, running, etc.

Opinions about Orlistat are rather divided on the internet. Many people complain in particular about oily stools and abdominal pain after taking the pills.

Below is a small selection of the experiences of users I met on the internet:

I used Orlistat years ago and it worked very well for me. I lost a lot of body weight in a relatively short time. They took it off the shelves for a while so I couldn’t buy it. When I bought it again last year it seemed to have much less effect.

I found out the ingredients have changed. They took out the active ingredients. Now it’s not working so well. I wouldn’t recommend the new generation Orlistat slimming pills to anyone. It’s a waste of your money. – Esther

Two months ago I started Xenical (Orlistat). After inserting the coil I gained 15 kg in weight. It was like my metabolism was barely getting started. I was very annoyed by this and I was looking for solutions. Then I ran into Xenical and wanted to give it a try. In combination with sports, I lost 7 kg. It’s not a panacea for me, but it gives a little extra with weight loss and I am satisfied with the product and the results so far – Milou, 41 years old.

I started with Orlistat four days ago and I’ve already lost 2 kilos. It looks like my appetite has been greatly reduced. I’m not hungry for snacks anymore. I do find the side effects very annoying. I suffer enormously from thin stools and stomach cramps when I eat fatty foods. I hope this stops or I don’t know if I can hold out that long. Something else that bothers me is the price. I paid 200 bucks to get a 180-capsule jar to come over from America. That’s quite an amount for a single mother –

Once again I fell for a slimming product even though I should have known better. Few pills really do what they promise. The only thing that worked for me was glucomannan. But curiosity is in people and I wanted to try something new. Unfortunately, Orlistat was a waste of my money. I didn’t lose anything, and the side effects couldn’t be helped. That burning diarrhea was terrible. At least I won’t buy them again. – Hans S, 47 years old.

Possible side effects of Orlistat

Would you like to spend some time in the bathroom? With the use of Orlistat, you’ll have to.

Other less common side effects may also occur. Consult your doctor immediately if any of the following side effects occur during the use of Orlistat:

To reduce the risk of side effects, it is recommended to follow a low-fat diet while using Orlistat. Pregnant or breastfeeding women, children and the elderly with health problems are not recommended to use Orlistat.

The disadvantages of Orlistat:

Where can you buy Orlistat and what is the price?

Orlistat has been available in the United States and the United Kingdom without a prescription since 2006. So you will first have to make an appointment with the doctor and explain why you want to use this medicine. Orlistat is not reimbursed by the insurance and you have to pay for it yourself.

The recommended retail price of a jar of Orlistat with 90 capsules of 60 mg each is between 40 and 60 euros, depending on the brand you buy.

Can Orlistat help with weight loss? And is it worth a try? That’s the key question of this article.

If we look at what science says we see that Orlistat is modestly effective in stimulating weight loss. Compared to placebo, patients treated with Orlistat lost 2.7 kg extra weight (source).

Orlistat has also been shown to lower blood pressure slightly and to reduce the risk of type 2 diabetes by 37% (source, source).

Orlistat is advertised as a weight loss pill, but is in reality a lipase inhibitor. So there is no extra burning of fat or increasing the metabolism.

Interesting to know is that research has shown that a low-carb diet works just as effectively as a low-fat diet combined with Orlistat weight loss pills (source).

A normal low-carb diet is suitable for anyone who wants to lose weight at a reasonable pace while improving health at the same time.