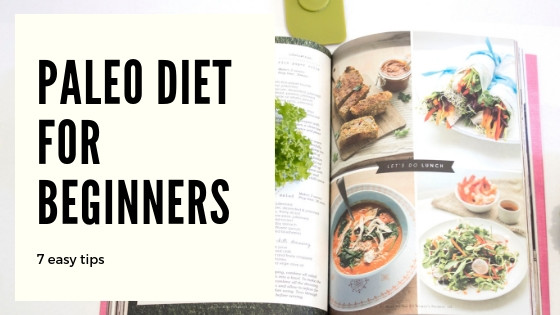 As with many new topics, there are also some uncertainties: How do I start? Where can I find out more? What applies to me and what doesn’t? Do I have to be strict or can I make exceptions? Which one?

That’s why I have put together a few tips for Paleo beginners, which have made it easier for me to get started or that I would have liked to know earlier.

Why Paleo Diet and Not Paleo Diet? Because this is a long-term, sustainable and natural food transition that leads to better health, proper body weight and more well-being in the long term. Simply because the Paleo diet suits humans better than conventional civilization fare.

Paleo tip #1: Stick to the basics

There are now many variants of the Paleo diet. Like any dynamic topic, this topic is evolving rapidly, which confuses one or the other beginner somewhat. Therefore, at least at the beginning, I would advise on the basics:

Finished. That’s how simple the Paleo diet can be.

This also means that it is important to avoid the following foods:

Sounds radical at the beginning, but after a few weeks you will be surprised what an effect this has!

The switch to the Paleo diet also means a switch to fewer carbohydrates for most. The Paleo diet is not really a low-carb diet, but it is already quite close to it for various reasons. In any case, it limits the insulin release and promotes the release of glucagon, which is both very good!

This means that in the initial phase, your body will have to build new enzymes that will help it align its energy balance and digestion more closely with proteins and fat. These are things that should be self-evident to your body, but it has “forgotten” over time.

In addition, your body will lose a lot of excess water in the first week, which can also lead to a breakdown of minerals.

This initial phase takes some time, typically a week. In that time, you feel slightly weird: Like after a hangover, something leveled, perhaps with cravings for sweetness. Don’t worry, that’s normal and passes again.

Here are a few tips against the Carb hangover:

And when the low-carb hangover is over, you’ll be happy about more and, above all, consistent energy for the whole day: No more lunchtime lows and even a missed meal is no reason for stress. Because fat as a new energy source is always abundant and reliable even in the slimmest body, quite the opposite to fluctuating blood sugar levels.

Most people who start with the Paleo diet still have breakfast problems: What should I eat when bread and cereal are suddenly banned?

Eggs can be prepared in endless ways: Scrambled eggs, fried eggs, omelettes, or cooked, garnished with vegetables, meat, bacon or herbs, your imagination are no limits.

If you’re looking for more breakfast ideas, you’ll find them in Felix Olschewski’s primal taste cookbook or in this article: 7 tips for a delicious Paleo breakfast.

Despite good resolutions, there’s a temptation to fall behind on every street corner: Canteens, fast-food stores and restaurant visits with colleagues are full of things that are a no-go in the Paleo diet.

Here are a few tips on how to feast like a primeval man despite civilization-eating institutions:

Both work: If you have doubts about their willpower, you can treat yourself to an exceptional day per week. That’s better than abandoning the Paleo project after the first slip.

For example, I made my exceptional day earlier on Saturday and then ate cakes or pasta. But over time I realized that the exceptions were not so easy for me and I had less and less pleasure in it. And so I became 100% consistent on my own.

Anyone who reads into the subject understands more. And those who understand more are more able to stay consistent. In addition, the Paleo diet is an exciting topic full of new and fascinating insights into human metabolism.

Unfortunately, there are few German books on the subject, but there are slowly more.

If you like to read books in English, you already have a larg selection. Here are the most important books:

On its own, it’s often hard to pull off a niche theme like the Paleo diet. You certainly make it easier to know like-minded people. Thanks to the Internet, this is very simple:

Also on Facebook is the Paleo group Friends of the Stone Age Diet, which frequently has a stronger connection to the sport. Be sure to take a look.
If you like to play sports, you should take a look at the local cross-fit groups in your city. Just as the Paleo concept revolutionizes nutrition by reverting to the body and its nature, so too is Crossfit a modern alternative to established sports concepts. And so it’s only natural that both issues complement each other.

I hope these tips make it much easier to get started in the Paleo resting! And if one or the other question has remained open, or you have more tips for beginners, just write a comment at the end of this post!